As of now, Cardano does not have a native exchange to list its token. However, with the $50,000 Project Catalyst fund proposal, the team seeks to develop Cardax, which will serve as the first DEX on the Cardano ecosystem.

Launched in 2017, Cardano is still very much in its infancy. But there is a lot to like about the digital coin and its evolving place in the quickly growing cryptocurrency space. Currently, the platform’s native token has managed to reach $1.24. It may not seem like much, but it has surged by around 600% since the beginning of this year.

According to the platform’s data, the number of monthly transactions on Cardano is the highest since its launch. At close to $1,000,000, it indicates the growing adoption of Cardano. 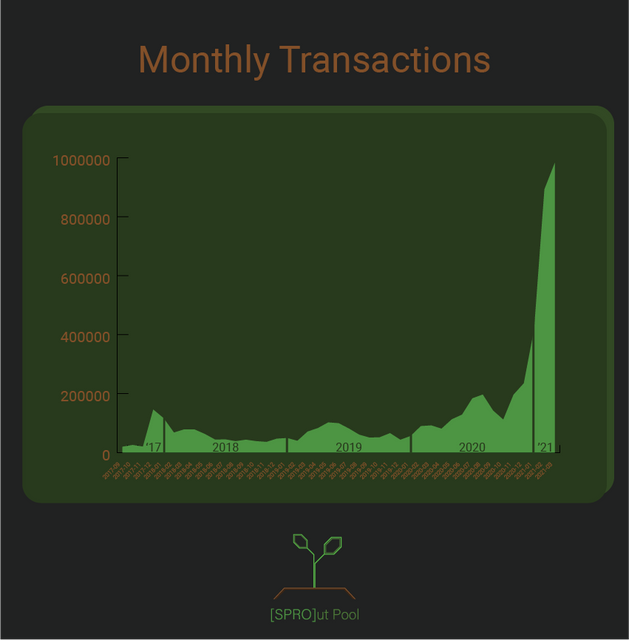 The recent developments on the platform are the major contributors to the increased Cardano value and adoption. The Daedalus update, which included the support of Cardano blockchain’s native tokens and registration for the Catalyst Fund3 Project, effectively launched Cardano’s countdown to a fully decentralized blockchain on April 1.

Cardano also distinguishes itself by its scientific approach as one of the most rapidly growing small altcoins. The company’s open-source blockchain is peer-reviewed by scientists and professional computer programmers.

Cardano will soon be using its blockchain technology to support NFTs, which have become white-hot in recent months. The move could further boost the price of ADA-USD.

Cardax is a decentralized exchange that the EAMM protocol will power. It is aimed at providing liquidity for Cardano native tokens.

After Mary’s hard fork was implemented in Cardano’s mainnet, which gave Cardano native tokens and multi-asset support, the need for a native exchange increased. Also, smart contracts will help to create decentralized applications at Cardano with the future deployment of the Goguen age.

These are huge breakthroughs that will open up Cardano’s compelling business case. A native exchange on Cardano will address specific trade challenges and shortcomings in the ecosystem.

Through Fund 4, the team wants to raise $50,000 to complete phase 1 of the project, which includes architecture and UI. Phase 2 will focus on security, phase 3 on building the backend, phase 4 on the EAMM protocol, and phase 5 on smart contracts. With phase 6, Cardax will be ready to go live.