Has the Rise of Bitcoin Forced the Swiss to Rethink Money?

Crypto-friendly Switzerland faces a referendum on June 10 that could fundamentally change the concept of money in the small European nation. With the rise of bitcoin as a permissionless, decentralized alternative to national currencies, have the Swiss been forced to rethink what money really is?

The rise in the popularity and use of bitcoin has been phenomenal since 2009, in the process crossing major milestones and providing a safe haven for those in developing economies, such as Argentina and Venezuela. The grassroots movement emerged out of disdain of the financial sector, as Satoshi Nakamoto engraved into the first Bitcoin block a headline from The Times, “Chancellor on brink of second bailout for banks.” 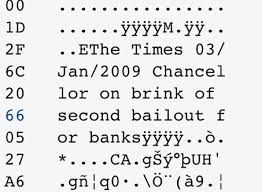 In an attempt to revamp the entire financial system, Bitcoin was created, to take power out of the banker’s hands and into the people’s. How far the movement has achieved this aim is still up for debate, but it has undoubtedly made significant progress, with remittances companies to loan providers utilizing the world’s favorite digital asset.

In response to the fractional banking system which has been prevalent for over 100 years, Bitcoin was created as a full reserve system and enforces a rules-based monetary policy so that banks could not bring more bitcoin into existence by extending credit.

In the author’s opinion, the Swiss referendum is likely to be partially related to the massive exposure bitcoin gained toward the end of 2017, and will see their citizens vote on whether Switzerland should move to a sovereign money system, also known as “Vollgeld.” Such a system will make it more difficult for banks to extend credit and enlarge the money supply, making the Swiss National Bank (SNB) the only source of new money. Banks would only be able to lend from the savings that have stored already.

A successful “Yes” vote could later materialize into something more significant regarding bitcoin, such as an announcement of the SNB that it is holding the cryptocurrency as part of its foreign reserves. Either way, the vote goes to show the Swiss are scrutinizing the financial system, and rightly so, and the road could eventually lead to bitcoin.

Switzerland has been a hotbed for bitcoin and cryptocurrency, with one of the most accommodative regulatory environments in the world. For instance, the Swiss railway has dozens of bitcoin ATMs integrated into the ticket machines around the country, and in July 2017, the first Swiss bank took the plunge into crypto by offering bitcoin storage and allowing their customers to buy the cryptocurrency.

Analysts’ Thoughts on the Referendum

According to Reuters, opinion polls show that the referendum vote is undecided, with a third of Swiss citizens planning to vote “Yes” and repeal the powers of banks to create money, while around ten percent remain undecided. The plan for a sovereign money system was labeled a “dangerous cocktail” by SNB Governor Thomas Jordan.

If the referendum is passed, advocates claim it will lead to a more stable and sound financial system and reduce the frequency of financial crises, whereas critics state that it would hamper the SNB’s ability to intervene in currency markets, spark greater volatility in the Swiss Franc and adversely affect the profits of banks such as UBS and Credit Suisse.

The move could also reduce the need for bitcoin somewhat, as the exit from a fractional reserve system may be considered in other countries as well, but the cryptocurrency would still be valued as a permissionless, censorship-free system.

Neil Weller, a currency strategist at JP Morgan Asset Management, said, “This kind of a banking system hasn’t been seen for a long time. The referendum would also unleash a lot of uncertainty into Swiss assets, including equity and bonds.”

Paul Wetterwald, the chief economist at Indosuez Wealth Management, said on June 1, “Generally speaking, the strength of the currency reflects the strength of the economy and the trust shown by the market (and its) people. Ironically, if accepted, the Initiative may help the SNB to weaken the franc by diminishing Switzerland’s safe-haven status.”

While the vote may not pass due to the anticipated adverse impacts on the Swiss economy, it does show that the Swiss are beginning to question the current monetary system, which is no doubt positive for bitcoin in the long run.