The Global Village of the Big Block Community

At the conference “The Future of Bitcoin” in Arnhem, the ‘Big Block’ community met to listen to talks and shake hands. The event expressed a strong belief that on-chain scaling is possible and necessary. Among the many highlights of the event have been a furious presentation of Pseudo-Satoshi Craig Wright and the announcement of the new Bitcoin client BitcoinABC.

Like every Bitcoin conference, The Future of Bitcoin has been an intensive, exhausting, thrilling and inspiring event. In Arnhem, a Dutch city close to the German border, Bitcoin fans and developers from all over the world met. Nicknames in forums became real faces, and people talked all the day, from breakfast to midnight, about Bitcoin, without someone getting bored.

The overwhelming and unanimously shared attitude has been enthusiasm: enthusiasm to witness the genesis of a new currency and to be part of this big, epoch-making innovation. The second dominant attitude was outrage – outrage against the block size limit that unnecessarily hampers Bitcoin to unleash its potential.

“If you spray vitriol on social media, you do not only insult your target, but all of us.” — Jamesson Lopp, BitGo

The conference took place in WTC Arnhem, an abbreviation for “World Trade Center” and means a pair of twin towers in the center of the city. At the 13th floor, where the talks were given, you could enjoy the best possible view of the city.

In the mansion, at the Arnhem park the conference ended with a dinner.

As bombastic has been the catering. Breakfast, lunch, dinner – there have been thick, blazingly filled buffets, where you could help yourself until you pop. Additionally, there has been a permanent supply of coffee, teas and water, and in the evening beer and wine, all for free. The peak of this luxuriant services has been a dinner in a mansion in the city park on Saturday night.

“Cryptocurrencies are rather theology than science”  — Peter Rizun, Bitcoin Unlimited

Evil tongues could comment, that it has been the Chinese miners which bribed the big block community with all these luxuries. Since Bitmain.com, the Bitmain-daughter BTC.com and Bitcoin.com have been the main sponsors of the conference, you indeed can say, that Jihan Wu and Roger Ver, the ultimate villains for every small blocker and Core fan, did invite to a feast in Arnhem.

Jihan Wu in his keynote speech

Overall, the conference has been less technically focused than the Scaling Bitcoin workshop in Milano, and less “big business” than the Consensus 2017 in New York. Neither developers of Core or popular wallet software attended the conference, nor many CEOs from important companies. Maybe everybody was in fear of harming their reputation, as the conference was organized in the surrounding of infamous Bitcoin Unlimited.

The audience mostly consisted of users, alternative developers and economists. Most people here have not been enthusiastic about a specific and brilliant technical solution (like SegWit or Lightning are said to be), and not about super-profitable business-cases (like ICOs and so on). Most people have been enthusiastic for Bitcoin itself – for all what the cryptocurrency can give the world. Therefore, the air was full of enthusiasm, and everybody had interesting and inspiring conversations.

However, it was a pity, that neither Core developers nor representatives of the SegWit2x coalition attended the conference. This separation against the “pragmatic” big blockers pushed the conference without need in the corner of opposition.

“How can we again use Bitcoin? Don’t plan for bigger blocks – plan for blocks a 100 times bigger.” — Ryan X. Charles, Yours

The attitude of opposition became obvious in many talks. The old call to scale on-chain was voiced in most presentations. Maybe most haunting and pregnant by Nikita Zhavoronkov and Ryan X. Charles.

Zhavoronkov of blockchair.com, a Russian academic, who teaches blockchain and cryptocurrency at the Moscow University, demonstrated in an entertaining talk, how absurdly senseless a policy of full blocks is. He compared waiting for a block with waiting for a bus. If there are permanently more guests waiting than a bus can transport, the queue at the stations grows ever longer. With Bitcoin this happens, when it is not only overlasted in peak times, but permanently. At a certain fee height use cases migrate to other cryptocurrencies like ether. For Zhavoronkov it is clear that Bitcoin can only keep its market share, if it does massively scale – both on-chain and off-chain.

“Good. I want no limit on demand. I want every single person on this globe using Bitcoin.” — Craig Wright, nChain

Similar was the assessment of Ryan X. Charles. The American has developed the network “Yours,” which aims to let reader pay authors with micropayment channels. Charles was the first who finished the development of routed micropayment channels – this is what the Lightning Networks wants to achieve. He strives exactly for the direction Core insists to be the only right one. But still, he demands on-chain scaling. The reason is simple; each channel needs three transactions. If each does not only cost five cents, but five Dollars, the micropayment channel becomes useless for micropayments.

The demand for bigger blocks was accompanied by criticism of SegWit. Here it was especially Peter Rizun from Bitcoin Unlimited, who showed off with a harsh and merciless critique of SegWit. He started with the thesis that a “SegWitCoin” is “no Bitcoin.” The reason? According to Satoshi’s white paper, a Bitcoin is a chain of digital signatures. With SegWit it becomes possible to cut this chain by deleting the signatures without invalidating the transaction ID. Rizun presents several attacks, disincentives and problems, which might result in that a Coin with SegWit signatures is less valuable than a Bitcoin.

“The benevolent dictatorship is the most often used governance model in Open Source. Mostly it works well.” — Jihan Wu, Bitmain

Also Amaury Sechet, a developer in the surrounding of Bitcoin Unlimited and known as Deadalnix, did not hesitate to bash SegWit. SegWit, he said, “is a complicated way to do not so much.” It does neither fix malleability nor quadratic scaling completely, while not giving that much capacity. The whole roadmap of Core, Sechet said, does not make sense. It is engineering for the purpose of engineering.

What does make sense, however, Sechet claimed, is another roadmap; the UAHF roadmap outlined by Bitmain with the help of Sechet and other developers. Beside the block size increase, this roadmap promises BIP143 signatures to eliminate malleability, UTXO commitments, to fasten node synchronization, sharding and other ways to increase scalability. The abrupt peak of Sechet’s presentation was the official announcement of BitcoinABC, a new client, which uses Core 0.14.1, but cuts out SegWit and makes the block size limit adjustable. BitcoinABC, Sechet explained, is made for being a “Plan B” in case SegWit2x fails. 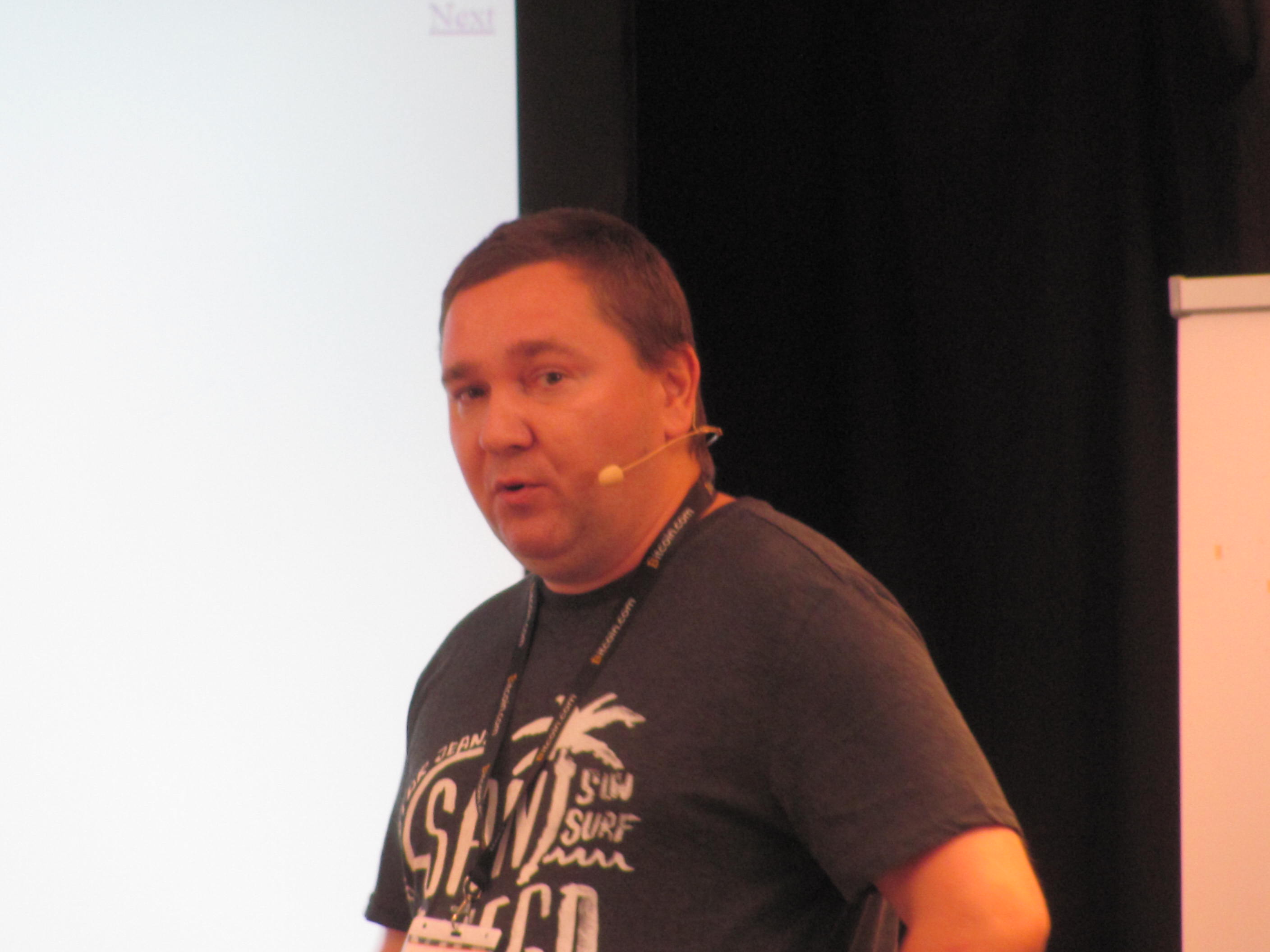 Technically, the talks with the most depth were about alternative clients. Jihan Wu, CEO of Bitmain, outlined the narrative in his keynote speech. In this, he talked about the governance of Open Source projects, which is mostly made by a benevolent dictator, but in the case of Bitcoin Core by a committee. Different clients, Wu said, shall help to protect the independence of the Bitcoin protocol and ensure innovation.

Later Marek Kotewicz from Parity Bitcoin and Thomas van der Wamsen from BitCrust presented their projects. Both are working independently on a Bitcoin client implementation in the language Rust. Beside the already well-known Core forks XT and Unlimited, also GoCoin had a talk. Piotr Narewski presented the Bitcoin implementation in the language Go, he started some years ago and which has been grossly neglected by now.

The single most exciting, tragicomic highlight of the conference, however, was the furious talk of Pseudo-Satoshi Craig S. Wright. His presentation was a big show, touching nearly every issue of the years-long block size debate, going from details to the big things, raging about Core, Blockstream and missing innovation in Bitcoin development and making big words, encouraging the community to get past the pessimism and start again thinking big. It might be ridiculous, but it has been a man, who likely is a conman, who gave the best quotes of this conference. No matter what you think about Wright, and no matter if you believe him anything – it is worth listening to his talk.