Proof-of-Importance, proof-of-work, and proof-of-stake all have one thing in common. They are all algorithms, which when applied to cryptocurrency help to maintain the order in which blocks are selected. This becomes important when we start to think of things such as double spending. This is where money is spent more than once (fraudulently). For example, some currencies use verification of each transaction in the blockchain to prevent this.

To understand why NEM's idea of POI is so revolutionary, we first need to understand how POW and POS work.

POW (Proof-of-Work) was the first system to be implemented and is used by cryptocurrencies such as Bitcoin and also Scrypt coins such as Dogecoin.

In order to “earn” these cryptocurrencies, you must use your computer to mine the coin; the greater your machine’s power, the bigger chance you have of earning.

Why did they make it so that making a block was both expensive and time-consuming? As it requires large computational power to make a block, attacks on the blockchain become harder to carry out as the attacker would have to use an unfeasible amount of resources.

Note that very many cryptocurrencies (including NEM) have some sort of blockchain explorer, which allows anyone to see any transactions as well as the mining of blocks.

Blockchain technology can also be used for file sharing and proof of asset ownership, and many other things!

However, it was not long before people realised the obvious problems.

Mining (the process in which computational power is used to make new blocks), has very little use.

As technology gets better, people have to spend more money to get the latest ASICs (machines specifically for mining), meaning, even more energy is wasted. It is pointless to try mining with a CPU. You are competing against companies with rooms of ASICs, and electricity costs mean it is a waste of time. For example, if you had a decent CPU hash rate of 0.1kH, in one week you would not even make a cent!

Another problem is that as the rich can afford expensive ASICs, they only get richer and richer. In other words, wealth is spread very unevenly, with the top 1% in Bitcoin holding 80% of all Bitcoins (starts from 2014). Many of the richest do not actively use their money, meaning that they are contributing very little to the community.

This was why the POS (Proof-of-Stake) system was introduced. It was implemented first by the well-known Peercoin cryptocurrency. Instead of conventional mining, it asks participants to prove ownership of their “stake,” or how much Peercoin they possess. 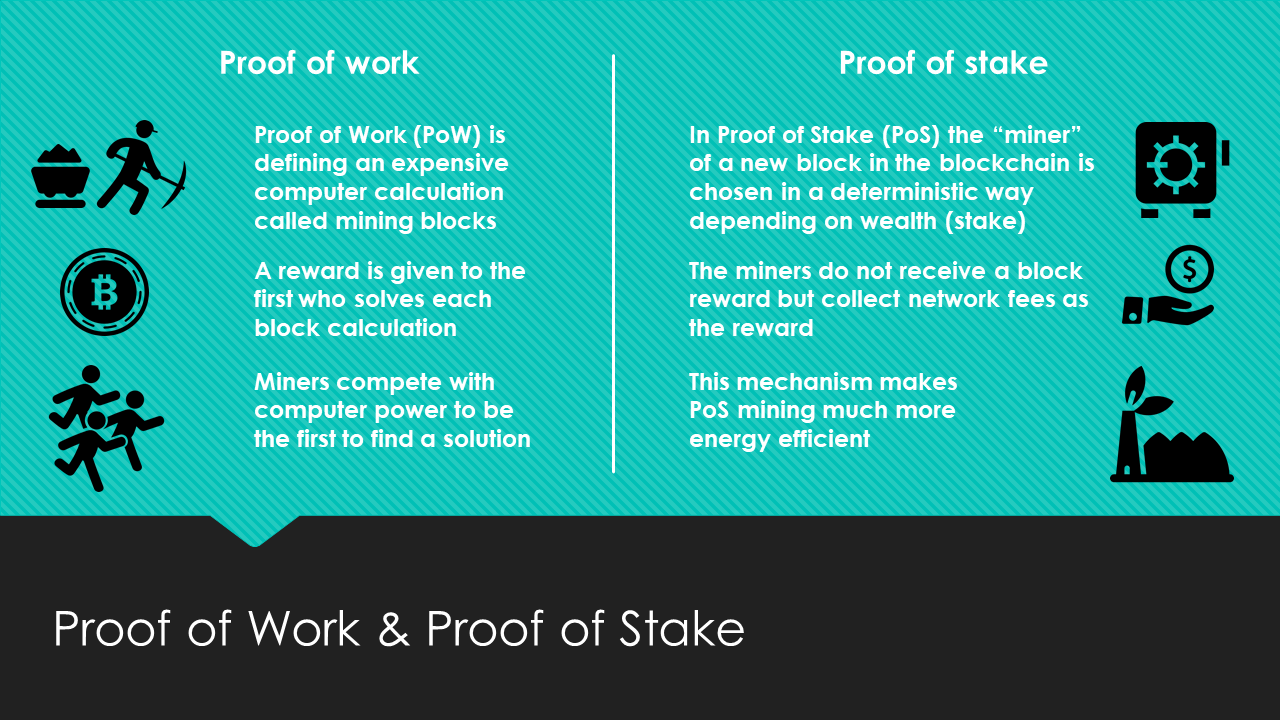 Larger and older sets of coins have a higher probability of signing the next block, and a lot of computing power is saved.

Again, however, there are problems. Richer users are more likely to sign the next block, and the more blocks they obtain, the richer they get. The problem is the same, richer users will gain wealth much faster than others.

This is where NEM comes in. Its POI system not only rewards those with a large account balance, but also takes into account how much they transact to others and who they transact with.

This means that those who actively help the economy and therefore NEM benefit, meaning the right people, are rewarded. Each user is given a trust score, the higher it is, the more chance they have of being rewarded.

The good thing is that this will mean much more even wealth distribution; anyone who contributes can gain extra XEM (the currency of the NEM network). NEM is great because it gives similar opportunities to everyone. The main aim is to empower regular people. This rewarding is done through harvesting, a process in which a node will calculate blocks and they are added to the blockchain.

But what is vesting?

When a person first deposits XEM into an account, none of it will be vested. After 24 hours, 10% of the balance becomes vested. After the next 24 hours, another 10% of the remaining unvested balance is then vested. This cycle carries on as long as the XEM is kept in your wallet. If you make a transaction, both vested and unvested coins will be used so that the ratio of unvested:vested coins remains the same. Once you have enough vested coins, you can mine either through local harvesting or delegated harvesting.

Local harvesting is much easier to setup, but has more disadvantages than delegated harvesting.

If you are interested in setting up delegated harvesting, please go here.

For more discussion on this blog, please visit the NEM Forum.

The NEM team would like to thank part12 for contributing this blog.
Icons by DinosoftLabs, Pixel Buddha, Madebyoliver, Roundicons & Freepik from www.flaticon.com, Creative Commons BY 3.0

Get the latest posts delivered right to your inbox

Japanese Introduction Ever since the dawn of currency, currency was controlled by a central entity. This central entity could decide to do whatever it wanted with its currency. It could

Stay up to date! Get all the latest & greatest posts delivered straight to your inbox